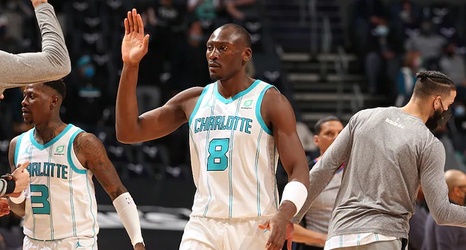 Veteran leadership is imperative on any NBA roster, especially when most of a team’s players are still in the early stages of their respective professional careers. Throughout one of the craziest, unforeseen seasons in recent memory, center Bismack Biyombo was a stabilizing force in more ways than one for the Hornets this year.

Tallying overall averages of 5.0 points on 58.7% shooting – his highest efficiency since 2014 – 5.3 rebounds, a career-high 1.2 assists and 1.1 blocks (18th in the NBA) over 66 appearances (36 starts), Biyombo started the year as the team’s backup five. Cody Zeller fracturing his hand on Opening Night then pushed the Congolese native into the starting lineup for the next month.