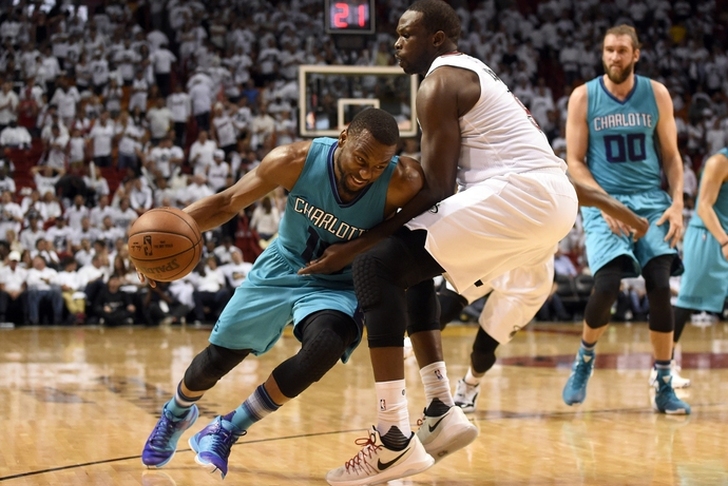 The Charlotte Hornets were down six entering the fourth quarter, but completed a comeback for a 90-88 win over the Miami Heat. With the win, the Hornets now have a 3-2 series lead. It's the Hornets' third straight win over Miami.

It was a back-and-forth affair for much of the game, with both teams holding fourth quarter leads. The Hornets took a two-point lead with 25 seconds left on a 3-pointer by Courtney Lee. A block from Kemba Walker and one from Lee in the final seconds helped seal the win for the Hornets.

Kemba Walker had 14 points for the Hornets, but was just 4 of 18 from the floor. Marvin Williams played great, putting up 17 points, eight rebounds, two assists and three steals. Five other Hornets had at least eight points.

All five Heat starters had at least 10 points, led by Dwyane Wade. He had 25 points, five rebounds and four assists. Hasaan Whiteside had a double-double with 11 points and 12 rebounds. Luol Deng stepped up, recording 16 points, six rebounds and three assists.

Game 6 of the series is set for Friday in Charlotte. The tip-off time has yet to be announced.