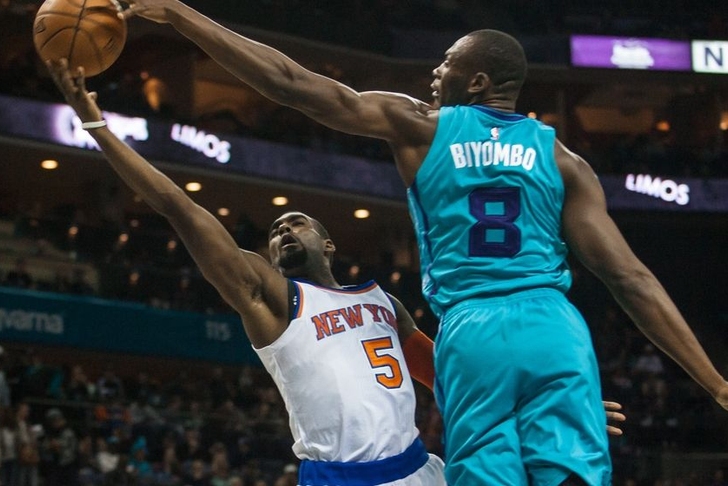 What's next for the Charlotte Hornets after the first week of the 2015 NBA free agency period? Find out in our Hornets Free Agency Rumors Roundup For July 8th.

Charlotte allowed big man Bismack Biyombo to walk this offseason, and he was agreed to a two-year, $6 million deal with the Toronto Raptors, according to Yahoo's Adrian Wojnarowski. He averaged 4.8 points and 6.4 rebounds per game in a bench role last year.

Free agent point guard Mo Williams is on his way back to the Cleveland Cavs, per Adrian Wojnarowski of Yahoo! Sports: The agreement is for two years at $4.3 million, including a player option.

He reportedly mulled over deals with San Antonio, Dallas and New Orleans before deciding on a reunion with LeBron James and the Cavs. Charlotte was hoping to move him in a sign-and-trade.

Williams played parts of three seasons with the Cavs from 2008-11 before being traded to the Los Angeles Clippers as part of the deal that brought Baron Davis to Cleveland. The lone All-Star appearance of his 12-year career came in 2008-09 with the Cavs -- a season where he averaged 15.8 points and 5.3 assists per game.