The smartest decision Bobcats ownership has ever made 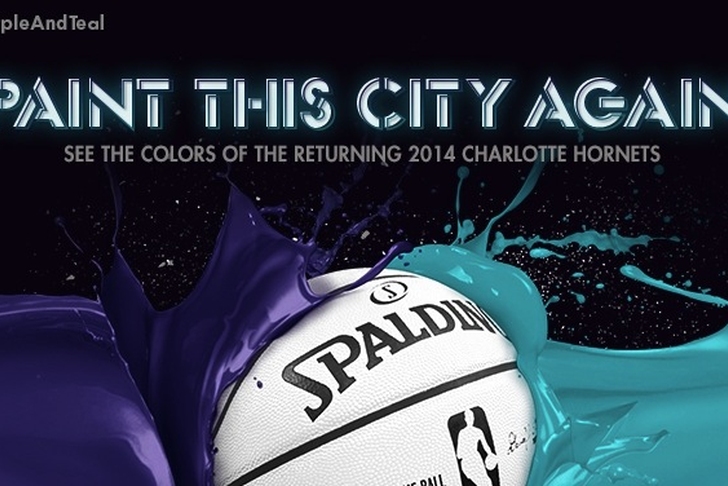 When the Bobcats organization announced the team would be sticking with the purple and teal color scheme for the rebirth of the Charlotte Hornets in 2014, many people (including myself), assumed this was a given.

Those purple and teal Hornets of the 80's and 90's were a marquee NBA franchise that led the league in attendance in eight of the 14 seasons they were in Charlotte, and had 364 straight sellouts - or roughly four and a half seasons worth.

Bringing back these memories and ties with a loyal fan base seems logical, right?

I would think so, but the fact that the organization made the announcement made me think that they were actually considering other color schemes, which would have been utterly outrageous.

For one, Bobcat games are already filled with more purple and teal than the current dark blue-light blue-orange scheme.  After all, the best memory the Bobcats have is that Charlotte was once the Hornets.

A vast majority of the fans the organization surveyed voted overwhelmingly for the purple and teal color scheme saying it was "incredibly important to us that we recognize and acknowledge the heritage of the original Hornets".

The whole purpose behind this name change and rebranding of Charlotte basketball once the Hornets name became available was to reenergize a dying fan base that now ranks towards the bottom of the league in attendance.  Bringing the team with a different color scheme would seem like a rip off and do nothing to recall the Hornets nostalgia.

That's why this is such a great move, even though it seems like a blatantly obvious one.  Purple and teal is what resonates with Charlotte fans almost as much as the Hornets nickname itself does.

The black and cool grey fit perfectly, and I'm already imagining the cool grey alternate jersey I'm going to buy.  But light blue? I'll chalk that one up with Michael trying to incorporate his Chapel Hill roots and hope it doesn't get used much.