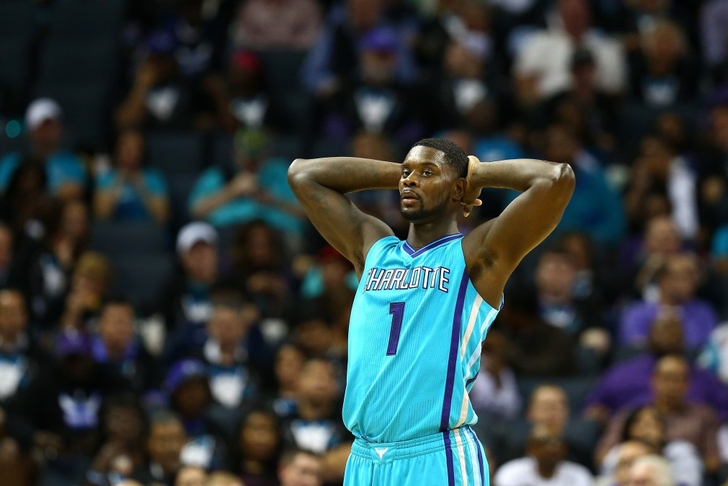 The Lance Stephenson era may be coming to an abrupt end in Charlotte, as the Hornets have limped to a disappointing 4-14 start to their season. They're looking to explore trade opportunities according to Grantland's Zach Lowe, and Stephenson is at the center of those conversations.

The Hornets have been aggressive making trade calls, according to sources across the league.

The Hornets are searching for upgrades on the wing and at power forward, per those sources, and they are willing to talk turkey on basically anyone other than Kemba Walker and Al Jefferson. Free agents signed this past offseason can't be traded until December 15, and few would be surprised if the Hornets make and take calls on Lance Stephenson ahead of that trigger date.

Stephenson was Charlotte's big free agency signing of the offseason, but he's failed to click with his new teammates on the court. He's averaging only 9.6 ppg, 5.4 apg, and 7.7 apg this year, and the frustration in his play goes all the way to the front office.

Head coach Steve Clifford has benched Stephenson for two straight fourth quarters, and has openly discussed how far away the guard is from being a star.

Charlotte was expected to build on their playoff berth from a season ago and return to the postseason as a higher seed, but they currently hold the third worst record in the Eastern Conference ahead of the Detroit Pistons and the winless Philadelphia 76ers.

The Hornets next game is Wednesday night at 7:00 against the Chicago Bulls.