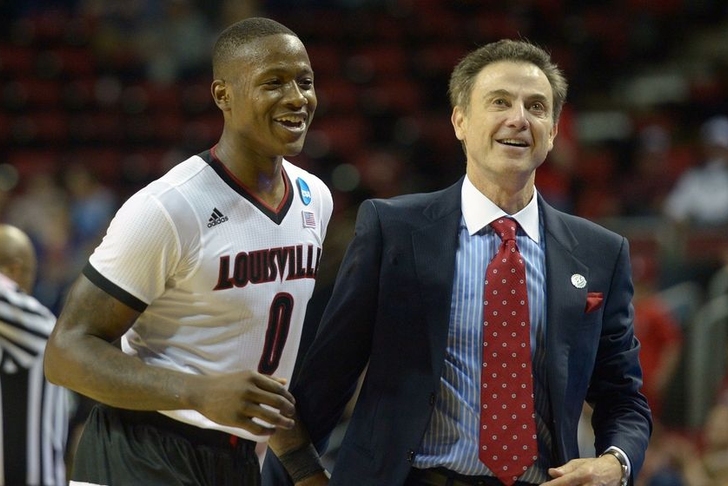 Louisville point guard Terry Rozier is quickly rising up draft boards across the NBA, and the Charlotte Hornets have taken notice.

Rozier was among the six players that worked out for Charlotte over the weekend, and the Hornets reportedly really liked what they saw.

At only 6'1", Rozier makes up for his lack of height with a 6'8" wingspan and 38" vertical leap. He also averaged 17.1 points per game and led the ACC with two steals per game.

Charlotte is hoping Rozier falls to them with the 39th overall pick - the ninth pick of the second round - though he's expected to be drafted late in the first round.