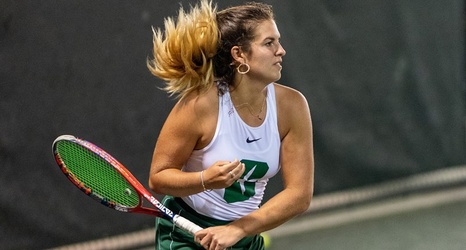 GREENSBORO, N.C. – Despite not being able to participate for Charlotte this fall, 49ers women's tennis individuals have relished in the chance to hit the courts to maintain their high-level games and get in quality matches in anticipation of the return of the collegiate competition season.

FRESHMAN TAKES TITLE
The lone first-year player on this year's roster, Queen City native Emma Wilkins, was crowned the winner of the event after knocking off her teammate Ruxi Schech in the final.