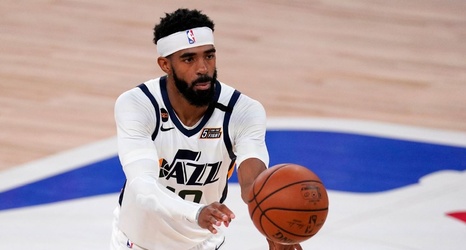 Utah Jazz point guard Mike Conley will not play in the Tuesday's Western Conference semifinals opener against the LA Clippers due to a mild strain of his right hamstring.

Conley suffered the injury during the first half of the Jazz's series-ending Game 5 win over the Memphis Grizzlies last Wednesday. He was a limited participant in Monday's practice before being ruled out of Game 1 Tuesday morning.

"Hopefully, we'll get him back as quickly as possible," Jazz coach Quin Snyder said. "But those things are hard to predict."

Conley, 33, an All-Star for the first time this season, has missed significant time due to injuries to both hamstrings during his two seasons in Utah.