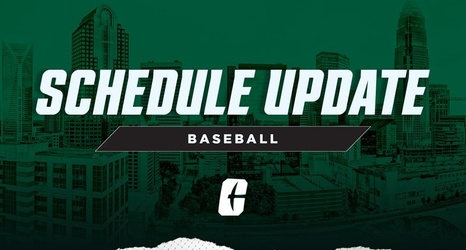 CHARLOTTE, N.C. – Charlotte and North Carolina have mutually agreed to postpone their Tuesday night midweek contest in Chapel Hill. The game's postponement is due to student-athlete welfare concerns as it is in the best interests of both teams to reschedule this game at a later date.

The Tar Heels pushed their ACC series conclusion with Duke to Monday while the 49ers had travel issues returning from FIU in Miami on Monday.

The 49ers will return home to face UTSA in the fourth Conference USA series of the season beginning on Friday. Charlotte, 22-9 overall and currently ranked #21 in the country, has won eight-straight games and sit at the top of Conference USA with an 11-1 record in league play.