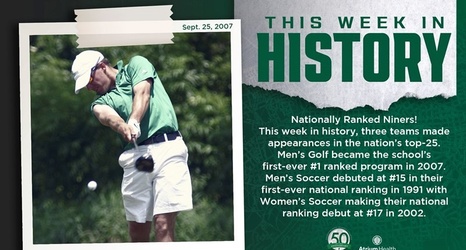 Back in 2007, the men's golf program becomes the school's first-ever #1 ranked program landing in the top spot of the Golfweek/Sagarin rankings after a pair of season-opening victories in the Scenic City Invitational and PING/Golfweek Preview.