Samuelsson Holds a Top-10 Spot after 36 Holes in Texas 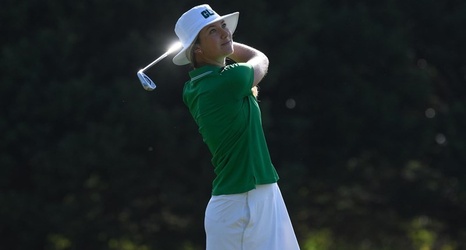 DENTON, Texas – Charlotte women's golf began their new era on Monday with a pair of 49ers inside the field's top-20 after 36 holes of the Sam Golden Invitational. Maia Samuelsson led the Niners in both rounds and sits tied for 10th overall while Jennifer Rosenberg also had a pair of rounds under par currently tied for 22nd.

OPENING IN RED
Samuelsson opened with her two-under 70 getting into red figures after back-to-back birdies on 11 and 12, her third and fourth holes of the day. A bogey came on both sides of the birdies before another birdie at 17 dropped her back to one-under.