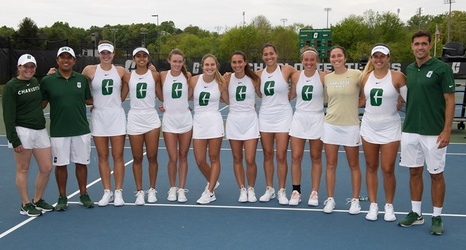 TEMPE, Ariz. – On the heels of its most successful season in three decades, the No. 53 nationally-ranked Charlotte women's tennis program earned a program-best No. 7 spot in the final Oracle/ITA Carolina Region rankings as announced Wednesday by the Intercollegiate Tennis Association. The 49ers held their own inside arguably the nation's toughest region this spring.

REGION RANKING HISTORY
Charlotte had been included in the year-end region rankings just four times previously in its history but never was slotted higher than No. 10. The Niners were placed at No. 10 in the 1991 Southeast Region, No.