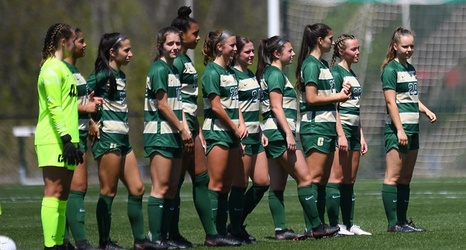 DALLAS – Charlotte women's soccer will head to the Conference USA Championships in Houston this coming week as the No. 3 seed out of the league's East Division. The 49ers will meet West Division No. 2 seed (RV) North Texas in Tuesday's quarterfinals.

TOUGH RESULT TO END REGULAR SEASON
The Niners will take a 1-0 setback Friday at WKU into the tournament, dropping their conference record to 4-2 for 12 points in the abbreviated spring schedule that featured each team to only face schools within their own division.

The 12 points were one behind second-place Florida Atlantic and two shy of division winner WKU in the tight race that was not decided until Friday night.