Men's Golf Tied for 6th after Opening 36 in Durham 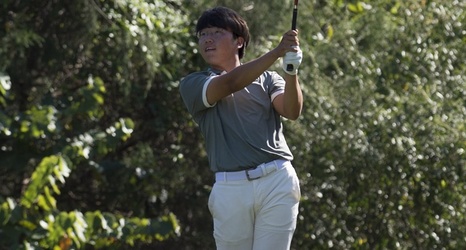 ROUND 1 RESULTS
Charlotte sat third after the first 18 on Saturday led by Dongjin Park's three-under 69. Park ran together three-straight birdies on five, six and seven while adding a final bird on the par-four 16th. Ben Woodruff, Carson Ownbey and Matt Sharpstene each round team scoring with one-under 71's.

Woodruff put down three birdies in a four-hole stretch using four total on the day while Ownbey went back-to-back birdies on 17 and 18 during his three birdie round.