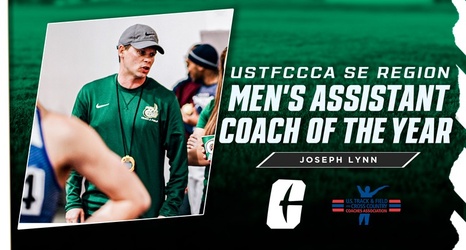 NEW ORLEANS - For the first time since 2012, a Charlotte coach has been named USTFCCCA's Southeast Men's Assistant Coach of the Year after assistant coach, Joseph Lynn, led the 49ers' distance squad to collecting 122 of the 177 total team points at the Conference USA Indoor Championships on Feb. 20-21, helping the men's team to their second straight conference title. This is the third time a Charlotte assistant coach was named Assistant Coach of the Year by USTFCCCA after Tim Vaught received the honor in 2009 and 2012.