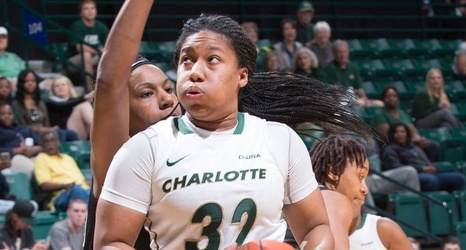 DALLAS – Charlotte women's basketball had the most players among the eight best individuals in the league, as senior Octavia Jett-Wilson and junior Jada McMillian were named to the All-Conference USA First Team announced Monday by the league office. It is the first all-conference team honor for both players.

JETT-WILSON TAKES OFF IN FINAL YEAR
The native of Greenbelt, Maryland, has put together a storybook ending to her 49ers' career, setting several school and personal records along the way as she has started all 18 games in which she has played.