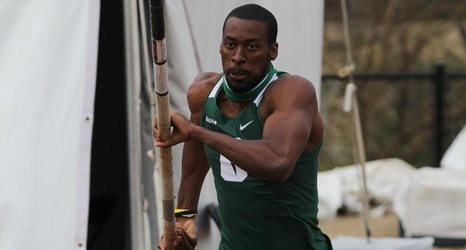 MEN'S RESULTS
Howe posted a school record pole vault of 5.51m (18'-1") to win the event and currently rank eighth in the nation. Howe beat his own personal record to sit atop the top-10 list. In the same event, both Elijah Cole and Jacob Davis placed third and fourth, respectively, after clearing 5.