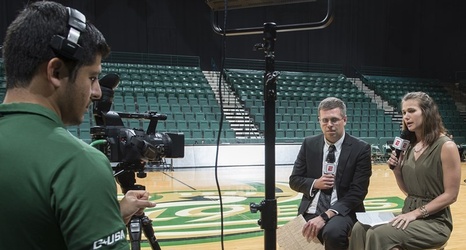 DALLAS – Charlotte women's basketball will have four games picked up by ESPN+ as part of the initial TV broadcast schedule released by Conference USA Tuesday morning. The four contests will be split evenly between home and away.

HOME GAMES ON ESPN+
The 49ers' most recently added home game, a Dec. 3 tip with the ACC's Wake Forest, is the first contest to be carried on the channel produced by a league school this season and just one of three non-conference matchups throughout the entire conference. The Niners and Demon Deacons will tip off at 6 p.