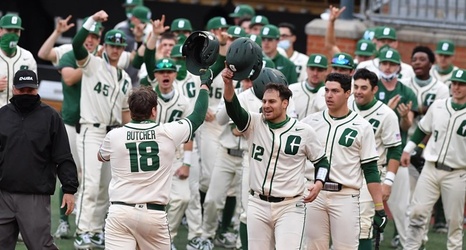 CHARLOTTE, N.C. – For the first time since 2011, the Charlotte 49ers baseball team saw their name among the top-25 best teams in the country being ranked #21 on Monday by D1Baseball. After receiving votes in various polls during the first half of the season, the Niners second-straight Conference USA series sweep propelled them into this week's top-25.

"Entering and staying in the top-25 is not something that happens overnight," began Head Coach Robert Woodard. "I also cannot emphasize enough the work and coaching by Bo Robinson, Toby Bicknell, Austin Meine, Tyler Simmons and Eric McKibban.