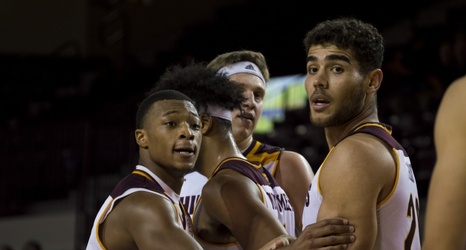 Just before halftime, Larry Austin Jr. soared to the rim through contact for an and-one bucket, putting his team within six points of Akron who, for the most part, controlled the first half.

A bucket like Austin's could've left the impression of positive momentum going into the locker room for the Central Michigan men's basketball team.

It, in fact, was quite the opposite.

"In the first half we were passive and soft," Austin said. "The first thing coach (Keno Davis) said when we got to the locker room was everyone thinks they can come in here and out-tough us.