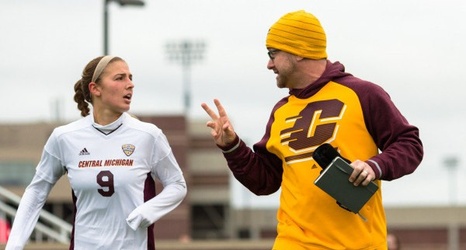 Hoomaian and Potts, both senior defenders, started in CMU’s season-ending 3-1 loss to Kent State in a tournament semifinal game on Friday. The Chippewas defeated Buffalo, 1-0, in their tournament opener. Kent State went on to claim the tournament title with a 1-0 win on Sunday over Northern Illinois.

Potts, who missed one-third of the season with an injury, returned for the tournament semifinal and scored the Chippewas’ lone goal on a header in the first half off a corner kick.

See full article at Official Site of the Chippewas