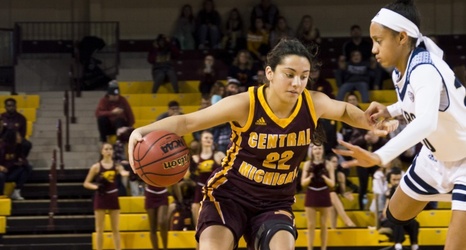 Coach Sue Guevara and Co. held Ohio, the top-ranked Mid-American Conference team in scoring, to a season-low 70 points on Jan. 9.

The next test, Northern Illinois, poses nearly the same defensive challenge for the Central Michigan women's basketball team. The Huskies rank second in the MAC in scoring at 82.9 points per game.

CMU is ranked No. 5 in the CollegeInsider.com Mid-Major Top 25 poll and received votes in the Associated Press Top 25 rankings.