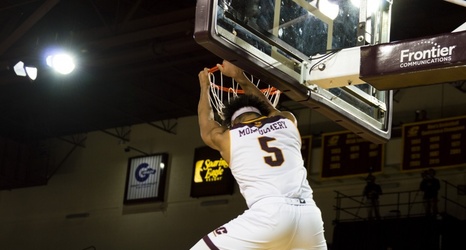 While it's early in the 2018-19 season, the Central Michigan men's basketball team heads into this weekend as one of four teams who are undefeated in Mid-American Conference play.

All head coach Keno Davis had to do was look at the Falcons (10-5, 2-0) final scores from the first two league games to realize the Chippewas will have their hands full.

"I think (BGSU) out-rebounds their opponents by over 11 rebounds per game," Davis said.