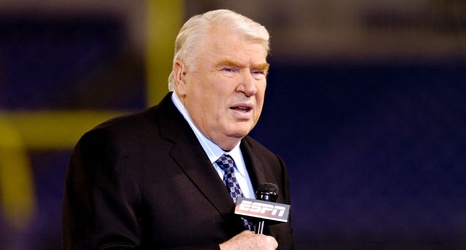 "On behalf of the entire NFL family, we extend our condolences to Virginia, Mike, Joe and their families," NFL commissioner Roger Goodell said in a statement. "We all know him as the Hall of Fame coach of the Oakland Raiders and broadcaster who worked for every major network, but more than anything, he was a devoted husband, father and grandfather.

"Nobody loved football more than Coach. He was football. He was an incredible sounding board to me and so many others.