NBA playoffs 2021: LeBron and Steph Curry's play-in performance was the playoff prelude everyone hoped for 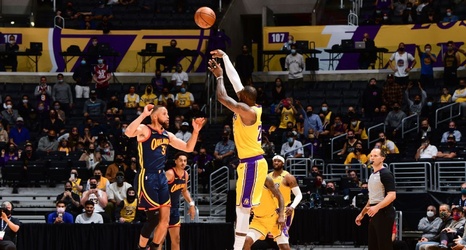 LOS ANGELES -- By all accounts, the play-in tournament has been a resounding success for the NBA this year. It created exciting new scenarios toward the end of the regular season and mostly stemmed the widespread tanking which had made a mockery of the final month of play for the 14 teams who weren't making the playoffs.

And it gave us a delicious matchup between the Los Angeles Lakers and Golden State Warriors Wednesday night at Staples Center.

The game was an instant classic, with two of the league's brightest stars, Stephen Curry and LeBron James matching each other with brilliant performances and clutch shot-making that felt more like one of their classic NBA Finals matchups than the play-in game to get to the actual playoffs.