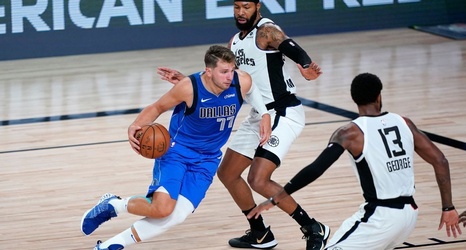 Dallas Mavericks star Luka Doncic sprained his left ankle late in the third quarter of Friday's 130-122 loss to the LA Clippers in Game 3 of their first-round playoff series and was ruled out after briefly returning in the fourth quarter.

Doncic, a 21-year-old All-Star, said he will have an MRI on Saturday.

"We'll know more tomorrow," head coach Rick Carlisle said. "He did come back and try it obviously and wasn't moving great, so we'll see where he is come tomorrow and then Sunday morning."

Doncic went down after rolling the ankle while defending Kawhi Leonard on a drive to the basket with 3:58 remaining in the third.