Magic stepping down as Lakers' president 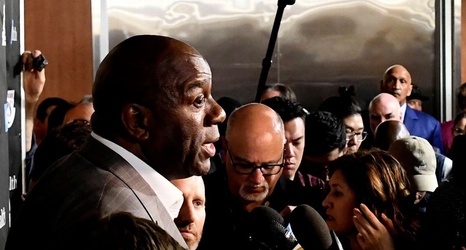 LOS ANGELES -- In a bombshell that sent shockwaves throughout the Los Angeles Lakers organization and the NBA as a whole, a teary-eyed Magic Johnson announced Tuesday night that he is stepping down as the team's president of basketball operations after just two years in the role.

"It's a difficult decision. I cried before I came here," Johnson said as he choked back tears while making the announcement before the Lakers' regular-season finale against Portland. "I am about to cry now. It's hard when you love an organization the way I love this organization.