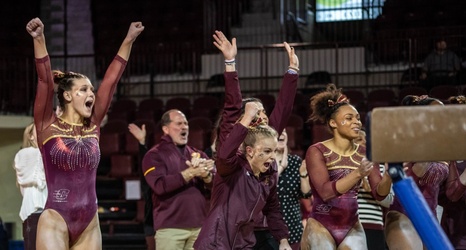 Central Michigan gymnastics led the Illinois State Redbirds by almost a full point after the first rotation and never relinquished the lead after that.

"In the gym we worked hard on that half-tenth better," said junior Denelle Pedrick, who was named Mid-American Conference gymnast of the week on Tuesday. "It showed up, we improved to that 195 which was our goal for this meet. Next meet it will be the same thing, half-tenth better."

Freshman Kennedy Johnson and sophomore Sierra Demarinis led the Chippewas on the vault in their first rotation, each scoring 9.