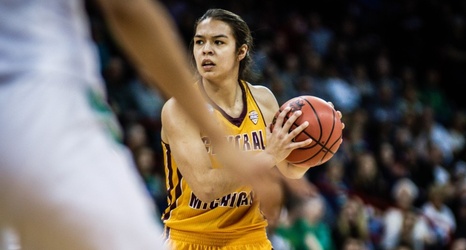 Most players go through their entire career without ever earning a weekly conference award.

During the game, Frost became the all-time career rebounding leader in MAC history, passing Ohio's Caroline Mast. She pulled down 1,223 rebounds from 1983-86.