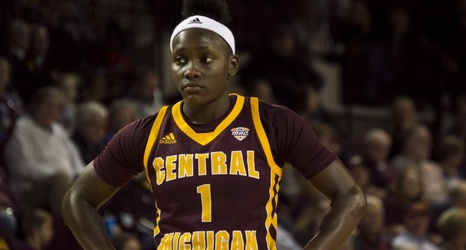 Reyna Frost sunk a jump shot with 3:35 remaining in the first quarter to give Central Michigan a double-digit lead, and coach Sue Guevara's team never looked back.

Surging early and often, the Chippewas used momentum to increase their margin to 22 points, 45-23, late in the second quarter.

While Ohio cut its deficit to 12 points less than two minutes into the third, CMU fended off a late surge with ease, earning an 88-70 victory over the Bobcats (12-1, 1-1 MAC) at the Convocation Center on Jan. 9.

"We withstood their punches, and we punched back," Guevara said.