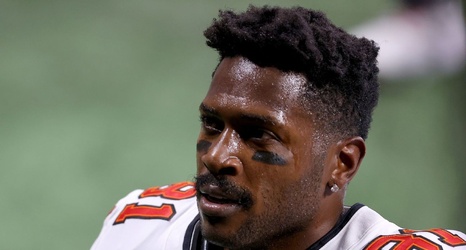 Tampa Bay Buccaneers wide receiver Antonio Brown has been sued for his role in an altercation with a moving truck driver in January 2020.

The civil lawsuit was filed Wednesday in Broward County by the driver, Anton Tumanov. Brown pleaded no contest in June to a felony burglary with battery charge and two lesser misdemeanor charges related to the incident.

Tumanov is seeking more than $30,000 in damages, with the lawsuit saying he was "met with resistance and violence" along with a refusal to pay. The suit says Tumanov suffered severe bodily injuries and mental anguish in the incident.