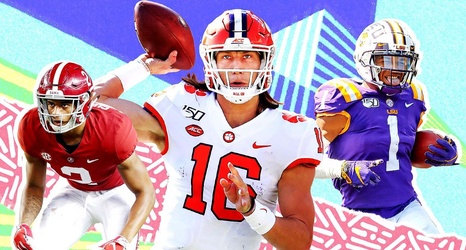 You've read the latest mock drafts from draft gurus Mel Kiper Jr. and Todd McShay. Now it's time for our NFL Nation reporters to share their expertise on the 2021 NFL draft as we close in on Round 1 (Thursday, 8 p.m. ET, ABC/ESPN/ESPN App).

NFL Nation reporters played general manager for the teams they cover and executed a first-round mock. By the end, there were five quarterbacks taken -- including with the first three picks -- and the first defensive player wasn't taken until No. 8. Trades were not allowed. Here are the full results: