Back to the Case Western Reserve Spartans Newsfeed 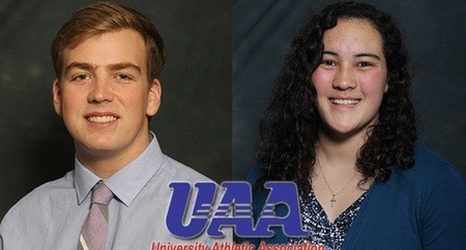 Holden earned a third place finish in the javelin throw with a mark of 56.19 meters, which currently ranks as the best mark in the UAA and 47th in Division III. This was the first UAA Athlete of the Week honor of his career.

See full article at Official Site of the Spartans