WATCH: Every Panthers TD From Carolina's 46-27 Win Over The 49ers 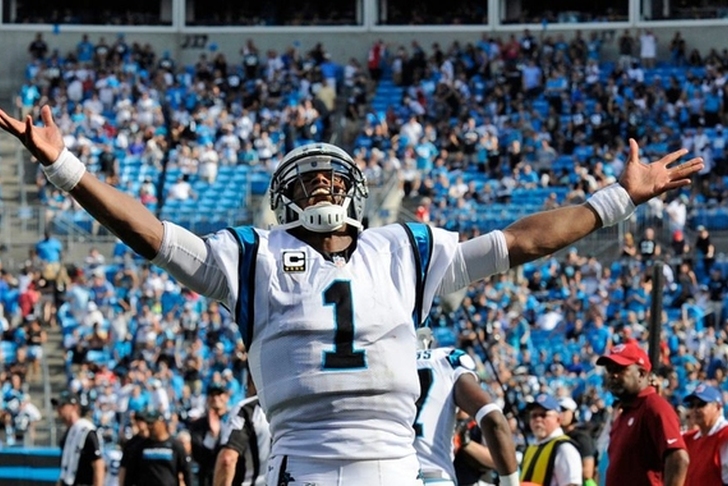 It was a one-score game with under eight minutes to play, but the Carolina Panthers pulled away late and beat the San Francisco 49ers 46-27. Cam Newton was great for the Panthers, who won despite turning the ball over four times.

Check out every Panthers TD from their Week 2 win below.

The defense started the TD scoring for the Panthers, as LB Shaq Thompson picked up a fumble and ran into the end zone for the score.

Down 10-7, Cam Newton hit Greg Olsen for a 78-yard TD to give the Panthers the lead once more.

After a short TD, Kelvin Benjamin gave the ball to a fan, at the urging of Cam Newton.

Now up 24-10, Kelvin Benjamin reeled in his second TD catch of the day.

A 10-point game in the fourth, a scrambling Cam Newton found Devin Funchess to extend the lead to 43-27.

The Panthers added a field goal as well to end the game up 46-27.

All videos are from the Every Panthers TD Facebook Page.