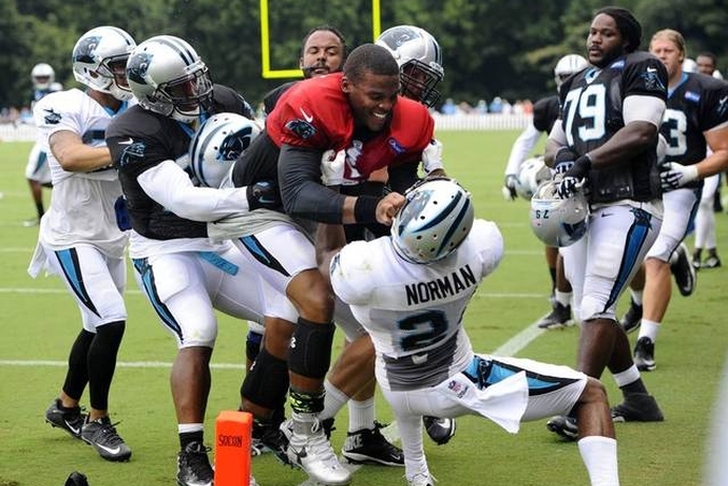 Training camp scuffles are fairly common in the NFL, but they rarely involve a quarterback.

However, Carolina Panthers quarterback Cam Newton found himself at the center of a very heated exchange with cornerback Josh Norman:

Norman picks off Newton and runs back. Cam chases down and they push. Push some more. Then this pic.twitter.com/No1t5R5Nfg

Norman had just intercepted a Newton pass, where the quarterback then chased him down. The two started pushing each other, which led to an even larger fight.

"Hit me like that again, and I know something," Newton said in the video saying while being pulled away by teammates Jonathan Stewart and Mike Tolbert.

He then expresses "I'm alright, I'm alright," after which fellow team captain Thomas Davis shouted how stupid the fight was.