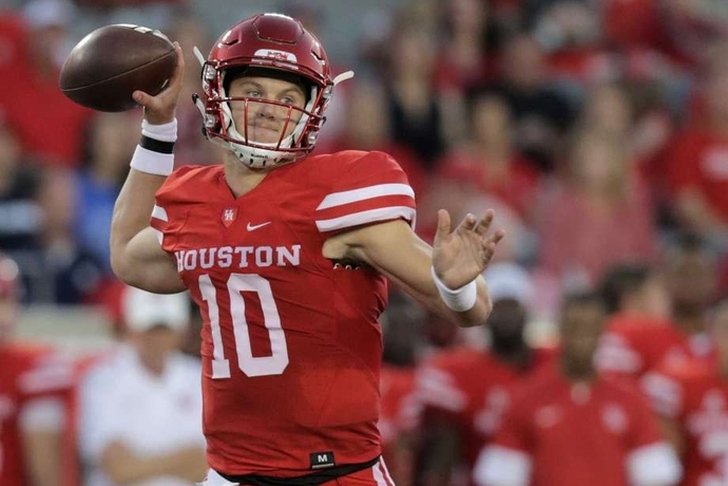 The 2018 NFL Draft is complete and the Carolina Panthers have already landed a few coveted undrafted free agents. NFL teams start trying to sign these UDFAs the second the draft ends, and sometimes even sooner, and the moves became official this week.

We have every player the Panthers have signed below.

It's a very small group for the Panthers.

Perhaps the most notable player on the list is Houston quarterback Kyle Allen, who was a five-star prospect coming out of high school and started his career at Texas A&M, where he started a number of games during his freshmen and sophomore seasons before transferring. With longtime backup Derek Anderson still a free agent, Allen has a good chance to earn a roster spot with a strong camp.

Reggie Bonnafon was also a major contributor at Louisville, who started his career as a quarterback before switching to wide receiver and then running back once Lamar Jackson took over. He has the potential to make the roster as a gadget player.