Super Bowl or Bust? 3 Things That Will Decide If The Panthers Will Win It All 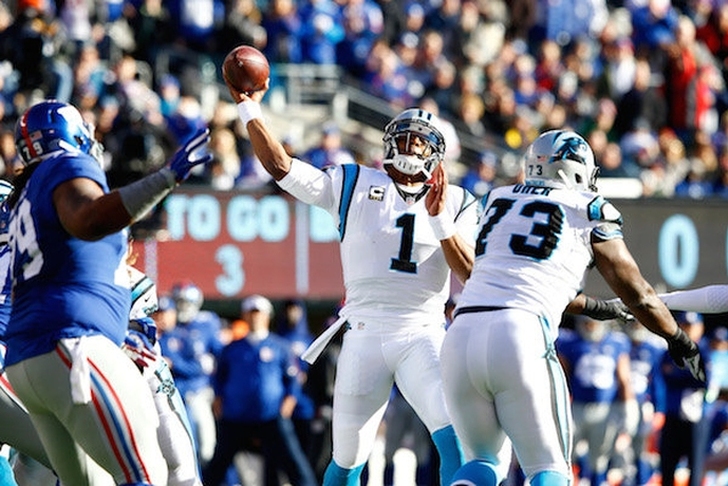 The Carolina Panthers are now 14-0 with a 38-35 win over the Giants, and as the lone undefeated team in the league Panthers fans are understandably thinking "Super Bowl." With that in mind, here are three things that will decide if the Panthers will win it all this season.

3) Defense
The Panthers have one of the best defenses in the NFL and their effort is a huge reason the Panthers are unbeated. While the Panthers haven't played the hardest of schedules, they give up less than 20 points per game this season and that can't be ignored. With a limited offense, the Panthers need their defense to continue playing well. If the Panthers defense can continue their strong play, they'll be Super Bowl contenders. After all, defense wins championships.

2) Continued emergence of receiving core
Tight end Greg Olsen is having a great season and is Cam Newton's top target, but he's the only receiver that really requires attention from a defense with Kelvin Benjamin missing the season with a torn ACL. Still, Ted Ginn has emerged as an elite deep threat, Jerricho Cotchery continually finds ways to make big first down catches (23 of 33 catches have gone for first downs) and rookie Devin Funchess has delievered in a big way with more playing time. The Panthers have needed someone to step up and help Newton in Benjamin's absence, and the whole group has delivered.

1) Cam Newton's MVP production
Critics still doubt Cam Newton because he doesn't play the quarterback position in a traditional manner, but they aren't paying attention to how dominant he is on the field. Despite an obvious lack of notable offensive weapons, Newton has thrown for 3,402 yards and 33 touchdowns with just 10 interceptions while rushing for 580 yards and seven more scores. Most importanly, he's elevated the level of play of everyone around him so much that he's led a group of anonymous offensive players into an undefeated title contender.

Newton's play has taken the Panthers to a level no one thought they'd be at. Now, they just can't afford for him to have an off game.