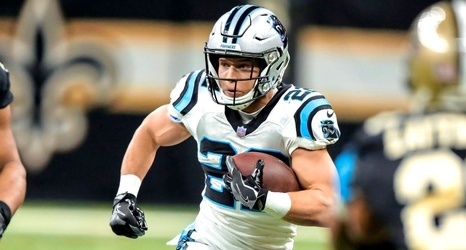 The eighth pick of the 2017 draft, who last season fell 133 rushing yards shy of joining Roger Craig and Marshall Faulk as the only players in NFL history to top 1,000 yards receiving and rushing in the same season, also has gotten stronger.

He has bulging biceps to show for it.

“I’m way stronger than I was last year," McCaffrey said. “The faster I can get, the better as well. You can always get bigger, faster, stronger.