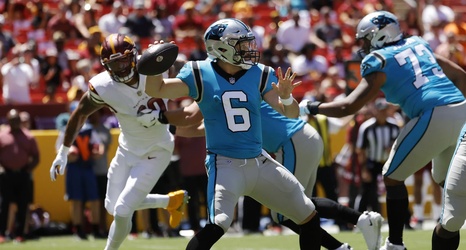 The Carolina Panthers controlled the first three quarters of the game before the deep reserves squandered the lead in the fourth quarter, but Zane Gonzalez snuck in a 45 yard field goal to put the Panthers past the Washington Commanders, 23-21.

The mostly first team defense went up against the Commanders first team offense for the first two drives. They forced a three and out on the first drive and Jeremy Chinn forced a fumble that was recovered by rookie Amaré Barno on the fourth play of the second.

Baker Mayfield led the mostly first team offense down the field on the first drive, picking up three first downs, all on third down.