Panthers to stick with Kyle Allen as starting QB vs. Niners as Cam Newton continues rehab 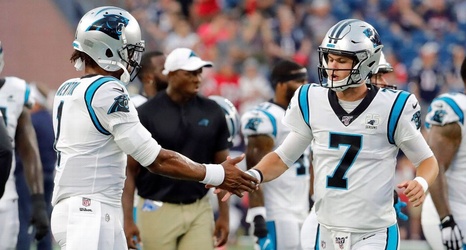 Allen is 4-0 since Newton was shut down with what has been described as a mild left Lisfranc sprain and 5-0 as the starter including last year's finale. That makes Allen the seventh quarterback in NFL history to begin his career with five straight wins.

"Just so everybody knows, Kyle will start this week as we go forward," said Rivera, whose team is 4-2 coming off their bye weekend.