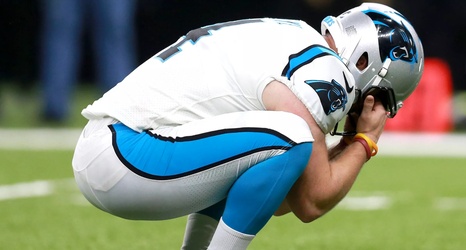 The Carolina Panthers have made two roster moves following their release of Rashaan Gaulden this morning. They have promoted offensive lineman Garrett McGhin from the practice squad to take Gaulden’s place on the 53-man roster. They then signed kicker Greg Joseph to the practice squad.

The specific order of these transactions suggests that the team is more concerned with their current paper thing depth along the offensive line than they are with Joey Slye’s failures from Sunday. Of course, they also touted Joseph’s OK college accuracy at extra points in their announcement of the signing.