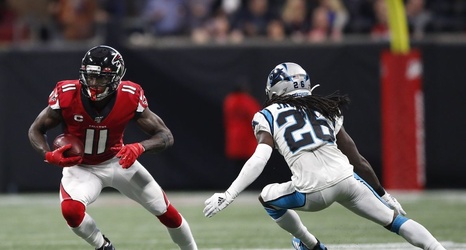 The Panthers and Falcons have released their inactives lists for today’s game, and the Panthers catch a huge break as Falcons star wide receiver Julio Jones will not play today.

The Panthers will still have to deal with wide receiver Calvin Ridley and tight end Hayden Hurst, but not having to cover Jones is a big relief for the Panthers’ secondary. Carolina will already be down one corneback as Eli Apple was already ruled out for today’s game. Stantley Thomas-Oliver is also inactive, but he has been inactive for every game so far this season.