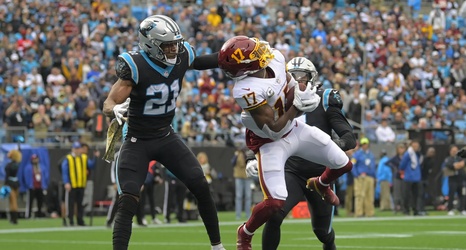 dropped their sixth contest of the season on Sunday when they lost 27-21 to the Washington Football Team (-1). Cam Newton looked decent in his first game since the preseason, and remained a bright spot for the team on an otherwise disappointing day. The loss marked the fourth consecutive home defeat for Carolina this season.

Let’s check out what outlets around the league are saying about the Panthers after Week 9: