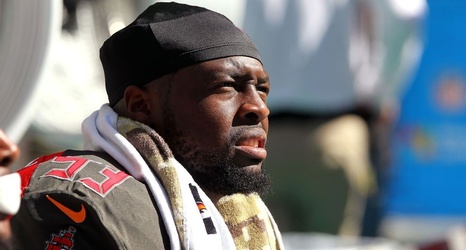 Gerald McCoy said Wednesday he's peeved the Tampa Bay Buccaneers gave his No. 93 away so quickly to Ndamukong Suh after releasing him and that he feels disrespected by the lack of communication he had with the team's new coaching staff.

The defensive tackle had previously taken the high road when discussing the Buccaneers, who released him after nine seasons with the team, but he took a different tact on Wednesday when he was a guest on FS1's "The Undefeated."

McCoy, who was selected for six Pro Bowls and was an All-Pro four times with the Buccaneers, said that the franchise kept the numbers of other noted players out of circulation after they left the organization, mentioning Warren Sapp, John Lynch, Derrick Brooks, Lee Roy Selmon and Ronde Barber in particular.