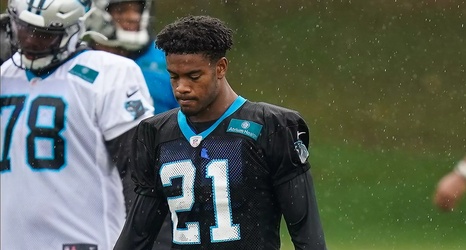 In the 2020 NFL Draft, many Panthers fans pounded the table for Isaiah Simmons, a defensive swiss-army knife out of Clemson. Marty Hurney and Matt Rhule instead opted for the mammoth defensive tackle Derrick Brown. Waiting might end up paying off for the Panthers, as they were able to get a similarly versatile defender at the end of the second round in Jeremy Chinn. Chinn has been impressive so far in camp, by all accounts, and Matt Rhule said today that the rookie will “play a lot” on defense this year, even hinting that Chinn would be starting Day One.