Mario Addison away from Panthers after brother's death 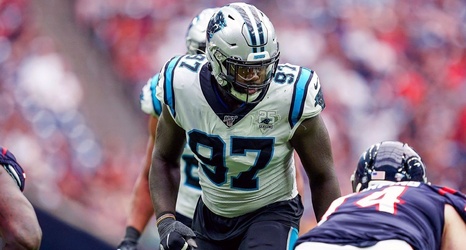 CHARLOTTE, N.C. -- Carolina Panthers sack leader Mario Addison missed Wednesday's practice to deal with the alleged murder of his 27-year-old brother, who was shot and killed on Sunday night in Birmingham, Alabama.

There is no exact timetable for Addison's return from Birmingham, but team officials are optimistic the 32-year-old outside linebacker will play in Sunday's game against the Tennessee Titans.

Addison on Monday posted on Instagram a picture of him and his brother with the words: "This pain is real. Half of my soul gone wen u killed my baby brother last nite.