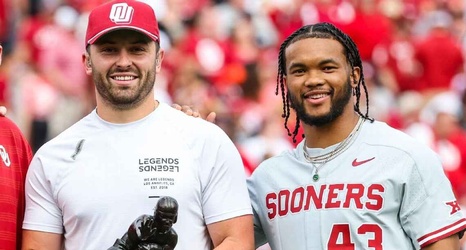 USC Trojans head coach Lincoln Riley has a big footprint in Sunday's game between the Carolina Panthers and Arizona Cardinals, not to mention the early NFL MVP race.

And Riley's NFL footprint could get even bigger over the next few years.

Riley had a hand in developing starting quarterbacks Kyler Murray (Cardinals), Baker Mayfield (Panthers) and Jalen Hurts (Philadelphia Eagles) when he was coaching at Oklahoma.

Murray and Mayfield face each other Sunday at Bank of America Stadium (4:05 p.