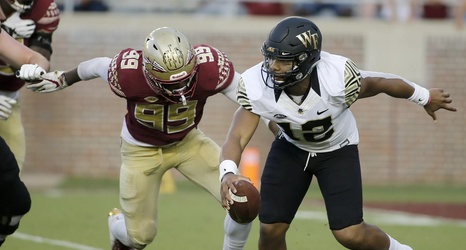 Brian Burns is a former five star recruit from Fort Lauderdale, Fla. Burns was a productive pass rusher from the moment he stepped on campus. He was named as a Freshman All American in 2016. Burns appeared in 38 games during his three year stint in Tallahassee. He recorded 39.5 tackles-for-loss, 24 sacks, 7 forced fumbles, and 3 blocked kicks.

Burns is an athletic freak. He posted a 1.6 sigma SPARQ score, which was in the 94.3rd percentile. According to Sports Info Solutions, his average pressure share during his tenure as a Nole was 20.9%. His total EPA on sacks/TFL was -75.