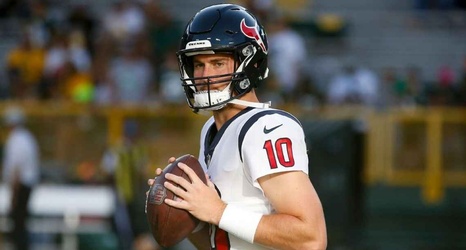 HOUSTON -- When the Houston Texans drafted Davis Mills in the third round last April, many people in the organization thought that if the Texans were not playoff contenders, that they would need to see what they have in their top draft pick.

Now the Texans are going to get their chance.

It’s coming sooner than Houston (1-1) hoped, as Mills will get the start against the Carolina Panthers (2-0) on Thursday Night Football (8:20 p.m. ET, NFL Network) after quarterback Tyrod Taylor injured his left hamstring in the Texans' 31-21 Week 2 loss to the Cleveland Browns.