Depth at safety is a new concept for the Panthers 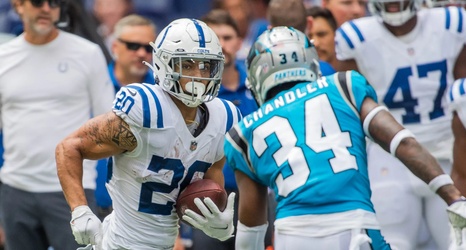 The Carolina Panthers aren’t known for having a wealth of help in the defensive secondary. This year they are confident in the pairing of stalwart veteran Juston Burris and budding star Jeremy Chinn, neither of whom saw any game action against the Indianapolis Colts yesterday. What makes this year potentially more exciting is the preseason play of the team’s safety depth thus far.

Sean Chandler and Sam Franklin both showed up yesterday. Even Brian Cole had a few moments and I had to look up who he was during the game. Individual highlights don’t always mean a lot during the preseason, but it is worth taking notice when an entire position group flashes Rhule’s second favorite quality, after versatility: consistency.